The famous Golden Mile on Blackpool seafront is filled with the sounds of Christmas – and it’s all thanks to a team of local presenters. 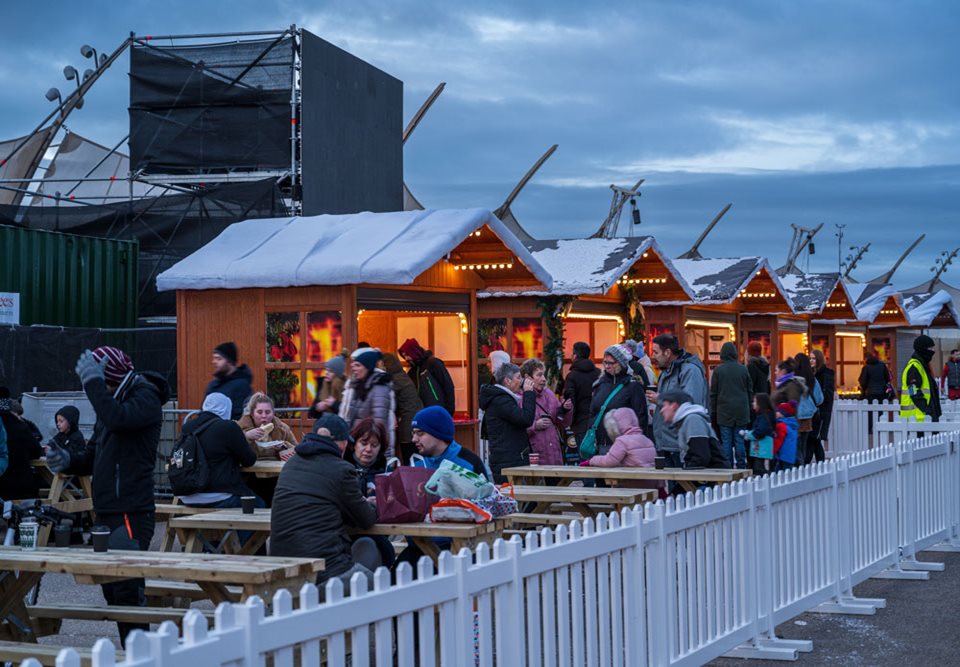 Fylde Coast Radio and some of its team of more than 40 presenters have been stationed on the Comedy Carpet every night since the Illuminations were switched on in early September.

They are now an integral part of the Christmas By The Sea village which sits in the shadow of The Blackpool Tower and includes a free skating rink, light projections, snowfalls, log cabins, a forest of illuminated trees and Magical Express tram rides.

The team are in the village every night from 5pm until 10pm until Monday 3 January, entertaining the crowds, taking dedications and creating some very festive singalong moments!

A VisitBlackpool spokesperson said: “Fylde Coast Radio have added an extra dimension to the Illuminations season and particularly so since the opening of our Christmas By The Sea village where they have brought the sounds of the festive season to the promenade.

“It all makes for a wonderful family atmosphere in a unique seafront location.

This year has seen Blackpool’s most ambitious winter offer with the creation of the Christmas By The Sea village on the Tower Festival Headland.

Alongside the village is the Star Flyer, Europe’s largest aerial ride and a short distance away is the Winter Gardens Wonderland with indoor and outdoor festive market stalls, virtual reality experiences, and funfair rides.

The Christmas programme is complemented by the extended Illuminations season which sees the famous lights shining every night until January 3. On selected dates throughout the period, a number of the resort’s major attractions will be open.

The resort will also be inviting families to say “goodbye” to 2021 and get ready to say “hello” to 2022 with a celebratory fireworks display that will take place late afternoon on the Tower Festival Headland on New Year’s Eve.

The free fireworks display, which will be launched around 5pm on December 31 from the beach in front of The Blackpool Tower, will create a stunning finale to end the year.

Note: Parts of the Christmas season and fireworks display are weather-dependent. Check out the visitblackpool.com website for updates.

New Year’s Eve Family Fireworks and some elements of Christmas By The Sea are part-funded by the European Regional Development Fund.