Emergency services were called to multiple coastal incidents in Blackpool.

Lytham Coastguard were first called to reports a person had been pulled from the water near Central Pier at around 5.20pm yesterday (August 26).

The casualty, who was suffering from water inhalation, was being treated by paramedics and Blackpool Beach Patrol as volunteers arrived on the scene.

They were then taken to hospital for treatment after being transferred to an awaiting ambulance.

HM Coastguard Fleetwood and Lancashire Police were also in attendance.

The second emergency call came through at 8.55pm to help a small dinghy that had been spotted drifting off the coast near Manchester Square.

A spokesman for Lytham Coastguard said: “On arrival our officers scanned the area whilst RNLI Blackpool searched the water.

“After people on the beach were spoken to, it was determined this small dinghy came back ashore and made their way inland.” 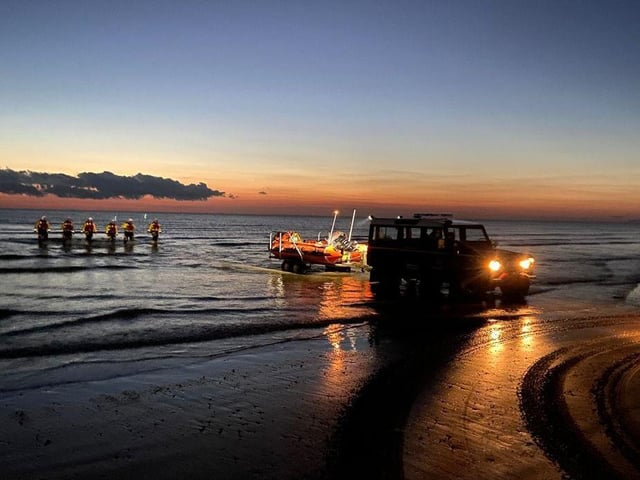 RNLI Blackpool launched one D-class lifeboat following reports a dinghy had been spotted drifting off the coast. (Credit: RNLI Blackpool)

One D-class lifeboat had been launched by RNLI Blackpool.

At 5.55am today (August 27), crews were called to help police search for a missing person in the Blackpool area.

“Just as our volunteers were arriving on scene reports came through that the casualty had been located by police,” the spokesman added. 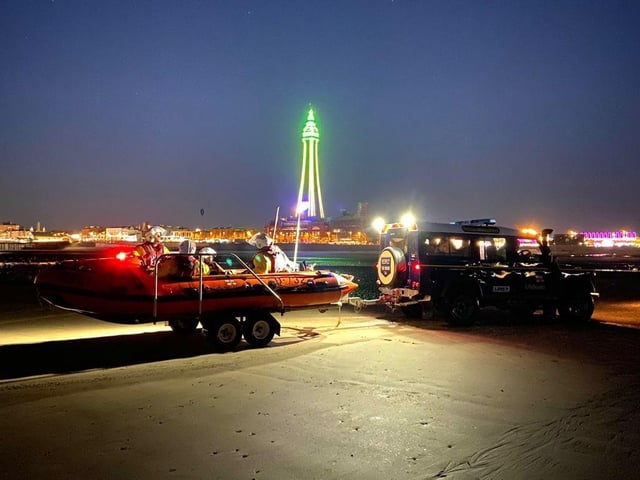 “Team stood down and returned to the station.”

HM Coastguard Fleetwood and RNLI Blackpool had also been tasked but no launch was required.

If you find yourself in an emergency situation or see a coastal emergency, call 999 or 112 and ask for the coastguard.

If you are inland and see someone in difficulty on the water, be it on a river or a lake, you should ask for Fire and Rescue when you call for help.