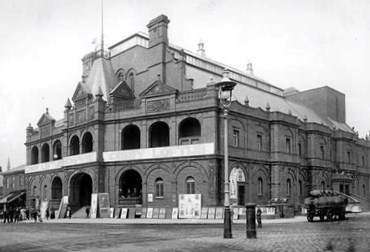 Opened in 1895, it was sold just two years later after hitting financial problems and became a variety theatre, later renamed ‘The Hippodrome’ in 1900.

In 1900 The Empire was renamed The Hippodrome and it became a circus with a Louis Taussard Waxwork Exhibition in the basement. At the time of the Boer War there were bioscope shows.

The Hippodrome was sold in 1910 to cinema interests and although it continued to stage live shows it was also hosting silent movies.

In 1929 the Hippodrome was purchased (along with the Princess Cinema) by Associated British Cinemas (ABC) and it was here that the first ‘talking pictures’ in Blackpool were shown “The Singing Fool” starring Al Johnson. 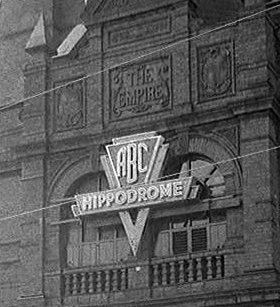 The Hippodrome became one of the leading cinemas in the Northern England, playing selected pre-release films out of season and presenting leading live-shows during the summer. Despite the fact that the theatre had been purchased by a cinema syndicate, the Hippodrome continued to stage live shows

In 1962 the building was completely re-modelled and renamed the ‘ABC Theatre’.

In 1981 the building interior underwent a makeover to become a modern-day cinema and became the ‘ABC Cinema’, later becoming ‘Cannon Cinema’ in 1986 and ‘MGM Cinema’ in 1993, before closing it’s doors in 1998.

In 2001 it was purchased and the original building was completely overhauled once again and become the ‘Syndicate’ nightclub, opening at the end of 2002.

The Hippodrome during its demolition in 2014