The Little Vic’s facade was a blend of Spanish Colonial and Art Deco styles. It was designed by the architect J. C. Derham, who, 3 years earlier had created the Winter Gardens’ Olympia building, followed by the Spanish Hall suite of rooms.

As with those, Andrew Mazzei was engaged to create the Little Vic’s interior, again with a Spanish theme. The bell tower was removed in the 1970s, ensuring that an application to have the building listed failed shortly before it was demolished for bland shop premises in 1989. 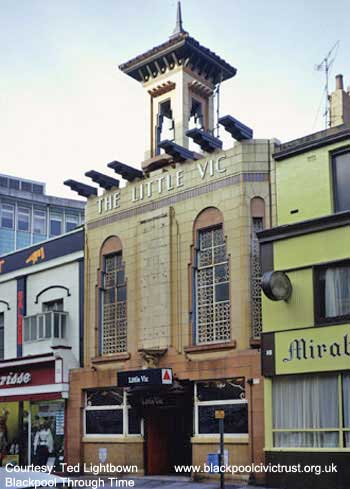